[Link to script on GitHub]

In my customer’s case, they were using a combination of Node.JS libraries and the available REST interface for managing files behind the scenes for their product.

I decided to use Azure automation to trigger automated execution of PowerShell jobs to handle keeping storage accounts in sync.  If you have not used it before, Azure Automation provides a means to trigger tasks based on webhooks or a period of time that are written in PowerShell without needing to have a sever to patch, maintain and monitor.  Moreover, it is free to have a job published and you are only charged/metered for the execution time the script runs on a pooled resource in Azure.  Azure Automation supports running a specialized type of PowerShell script called workflows that I’ve opted to leverage as well as they provide a number of benefits running within an Azure Automation Account – specifically:

You can also vary the number of files pulled from the source account at a time to perform comparisons — you can experiment with it to align performance to overhead and resources used by Azure automation that may slow your job down.

PowerShell Workflows run in a specialized “workspace” to which all objects in PowerShell are serialized to the workflow runtime.  This is beneficial to the way workflows allow pause/continue capabilities however it causes problems with specialized objects we need to invoke operations on or that do not serialize into a form that is usable when rehydrated by the runtime.  The storage context is one of these objects used by the PowerShell storage commands and thus need to reside within an “InlineScript” block where the commands are run in a standard non-workflow PowerShell session.  This introduces some other challenges — we need to reference local variables in our workflow and also return output from the script block back to our workflow.

To do this, we have a some nuances to deal with to ensure we are working with our global variables prefixing them with “$using:variable”.  In the block below, you can see I’m referring to things like the string-based container name that I can refer to simply by stating “$using:containerName” If I left out the $using; the inlinescript block would create a new local variable with an empty string in our case and we would not have the desired results.

Returning data from an inline script back to the workflow is another step we need to take — in the example below, we’re taking the hashtable $DestBlobsHasTemp and returning it as the last line of the inlinesript block and assigning it to our workflow variable $DestBlobsHash.

Now we need to reach into the source storage account and pull groups of files based on the variable defined earlier (400 in our case).  On each iteration, you will also see the checkpoint-workflow command discussed earlier to save our workflow state so, in the event this runs for longer than 3 hours, Azure automation will restart where we left off.  Worse case we’d repeat cycling through some of the 400 files again if we were paused in the middle of a loop.

Checkpoint-Workflow #on each iteration persist our state

Once we have a hashtable to compare to; there is a foreach block where I’m specifying actions to be performed in parallel throttling to a limit of 25 threads. This is another value you can experiment with to determine what works best for your scenario.

The first step is to create an Azure Automation account if you don’t already have one – Instructions for this step are outlined here.

Once you have an automation account in place, you can copy and paste this workflow into a new Runbook:

When you create a new RunBook; be sure to select that the runbook type is a PowerShell Workflow as shown in step 4:

When the runbook is created, click on edit to open the editor for the job:

That’s it! You can hit ‘Publish’ to make this runbook available to invoke manually or via a schedule! 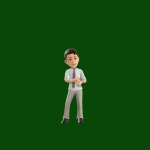 Hello! I am a technology professional with over 20 years of successfully selling, designing, and implementing IT solutions of all sizes. I have a sincere passion for technology both inside and outside of work involving myself with community events such as .NET user groups, FIRST robotics and in helping college bound high schoolers prepare for success through mock technology interviews. It’s easy to be successful in a role that you love and coming to work for me means I get to play with new and innovative technologies to bring bold new ideas to customers solving their business challenges. In my current role, I take the complex world of the cloud and Microsoft Azure, a portfolio of capabilities consisting of over 100 products, and help customers in properly selecting capabilities, tooling, and technical frameworks to product results. My vast technical background spanning technologies such as embedded development, Windows debugging and C# to open-source technologies such as PHP, Python, MySQL and Linux aids allows me to quickly dive into a problem and identify solutions producing quick results using the power of the cloud!